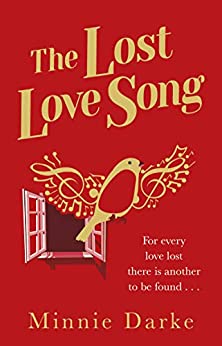 The Lost Love Song is a very unusual story about the power of music and memory. Many years after the tragic death of his girlfriend, Diana, Arie hears a melody reminiscent of the one she had written and played for him the night before she left; she had planned to finish the song while on tour.

After several years travelling overseas, Evie returns to Melbourne and just happens to rent the house next door to Arie. She had heard two young musicians playing the song at Waverley Station in Edinburgh, and never forgotten it.  The haunting melody has stayed with her and she is trying to play it on her guitar when Arie overhears, and it triggers his last memories of Diana.

Diana’s love song leaves an impression on everyone who hears it, and it makes its way around the world, from musician to musician, until someone adds lyrics and records it. The melody may have changed slightly, but the essential feeling is still there.

Despite being attracted to Evie, Arie does not feel quite ready for a new relationship, and lets her slip through his fingers with no way of getting in touch. Will Diana’s song help Arie move on and find love again with Evie?

A lot of the story is set in Australia, which is unusual, and I confess I had to get the atlas out to find the places mentioned in the book. I also found Evie’s poems very moving, and was glad she did not give up on her dreams.

The characters are well rounded and believable. The Lost Love Song deals with grief and loss in a very sensitive way, particularly how Arie and Belinda (Diana’s mother) find it hard to move on without her body to lay to rest. It is also about love, hope and second chances; despite the tragedy, the story is ultimately uplifting and hopeful.

Thanks to the publisher and NetGalley for an ARC to review.