The Coffinmaker's Garden by Stuart MacBride 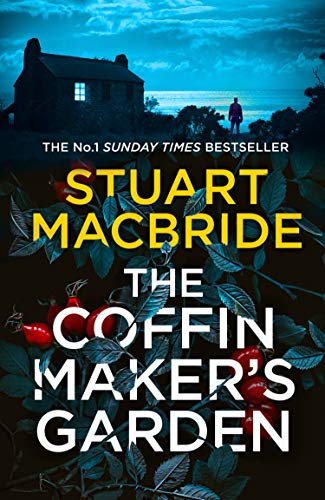 Seven years on from his last outing in A Song for the Dying, Ash Henderson is back. Along with Dr Alice McDonald, forensic psychologist, and the other members of the LIRU (Lateral Investigative & Review Unit), he is hunting a serial killer who abducts and tortures young boys. Understandably, they are under pressure from all sides to catch him before another boy goes missing.

Meanwhile, in the dramatic opening scenes, a violent storm and coastal erosion have exposed human remains in the garden of a house slowly subsiding into the North Sea; the owner of the house, Gordon Smith, has disappeared off the face of the earth. Putting his life at risk, Ash rescues polaroids from the cellar moments before the whole lot goes tumbling into the sea – the only clues they have to identify Smith’s victims. Ash is seconded to DI Malcolmson’s ‘misfit mob’ to help track him down. Left on her own to work on the child abduction case, Alice is slowly going off the rails; she is in a bad way and, ironically, needs professional help.

What follows is classic Stuart MacBride: A strong sense of place – Oldcastle may be fictional but it is firmly rooted in the northeast of Scotland, a bit like Aberdeen but with more crime and deprivation. Extreme violence – once again Ash takes such a pounding, at times it is necessary to suspend disbelief and remember this is a work of fiction. He really does have nine lives in The Coffinmaker’s Garden – I do not know how he is still standing by the end, considering what Stuart MacBride puts him through.

The large cast of characters are well defined, and easy to tell apart thanks to the writer’s skillful characterisation; the communications between Ash and Sabir, the computer expert, are one of many highlights. The use of gallows humour as a defence mechanism against the gruesome and traumatic scenes they encounter is not to everyone’s taste, but I think it works really well to alleviate what was otherwise a pretty grim story.

I have read and enjoyed all of Stuart MacBride’s books, and this does not disappoint. Although you probably could read it as a standalone, I think it would make a lot more sense to read the books in order, as a lot of significant backstory is not explained here. There were also a number of in-jokes, for eagle-eyed crime fiction fans, such as the book group in Rothesay criticising one of the Logan McRae books. I really hope that there will be another Ash Henderson book some time in the future, but hopefully we won’t have to wait seven years this time.

Thanks to the author, publisher and NetGalley for a digital copy to review.