The Cut by Chris Brookmyre 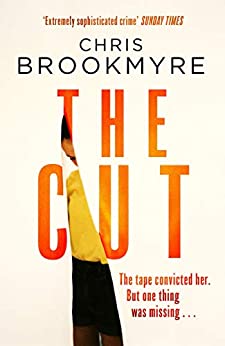 The Cut is a standalone thriller from one of my favourite Scottish crime writers. At the heart of this story is the relationship between the main characters, Millicent and Jerry. Recently released from prison, having served twenty-five years for a crime she claims she did not commit, Millicent Spark is finding it hard to adjust to the modern world. She is planning her own demise when Jerry – a film studies student at Glasgow university who is also having trouble fitting in – comes to live in the house she shares with two other elderly women.  This unlikely duo bond over their love of horror films. After Millicent sees an old photo in a hotel that makes her question the past, they join forces to try and find out what really happened all those years ago.

The flashbacks to when Millicent worked a special effects make-up artist on horror films reveal fascinating glimpses behind the scenes of a world most of us know nothing about. I am not a fan of horror movies, but this did not stop me enjoying this book immensely. Jerry is obsessed with a movie that was never released, and believed to be cursed, called Mancipium; co-incidentally, it was the last film Millicent worked on, and seems to be the source of the conspiracy behind what happened to her.

I loved the familiar Glasgow setting, and the road trip to Europe, as well as the cultural and cinematic references woven into the narrative which resulted in a lot of point-scoring and amusing dialogue. This fast-paced, tightly plotted novel featuring Chris Brookmyre’s trademark black humour was thoroughly engrossing. The characters were well-rounded and believable, and developed as the story progressed, so that they both realised, by the end, that their lives were worth living after all.

Thanks to Little, Brown Book Group and NetGalley for a digital copy to review.