The Pandemic Plot by Scott Mariani 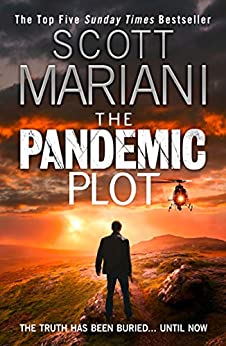 The Pandemic Plot is number twenty-three in the Ben Hope series and, trying not to sound too clichéd, they just keep getting better and better. During a quiet spell at Le Val, Ben gets a frantic phone call from his son Jude; he’s been accused of murder and has been arrested. Ben drops everything and heads for Oxford, but is at a loss as to how he can rescue Jude as all the evidence seems to point to his guilt.

This story is slightly different from Ben Hope’s usual high-octane, action-based adventures, but none the worse for it. There is more detective work in this one, and Ben joins forces with DI Tom McAllister (he previously featured in The Bach Manuscript) to try to find the pieces of the puzzle that will prove Jude’s innocence. This also paves the way nicely for The Cage, the first volume in Scott Mariani’s new detective series. This partnership works well and ensures a much lower body count than usual, or else Ben would probably find himself locked up too.

With very little to go on, Ben’s desperate search for the truth takes him on a journey from Oxford to Hunstanton on the north Norfolk coast, by way of London, and eventually to a showdown on an isolated Cornish farm. There is quite a lot of historical background to take in, as is normal in Ben Hope adventures, but it is introduced naturally into the story until Ben knows exactly what he has to do to clear Jude’s name.

The excellent characterisation is what makes this series so memorable. Ben Hope’s adventures take him all over the world, but the main focus is always on how he overcomes the obstacles placed in his path, and emerges victorious no matter how hopeless his situation appears to be. Ben Hope will return in The Crusader’s Cross later in the year.