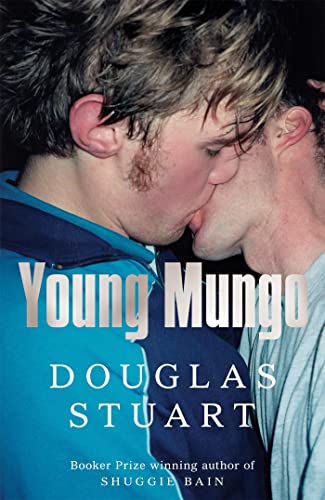 Young Mungo is a dark and disturbing story where the only positive thing is the fledgling relationship between Mungo and James. This is a world where the only thing seen to be worse than a relationship between a Catholic and a Protestant is if they also happen to be gay.  Mungo is only just beginning to realise that he is different from the other young men around him; he doesn’t fit in, but instead of trapping him this may turn out to be his salvation.

In some respects, this is a kind of sequel to Shuggie Bain in that the main character begins the book at about the same age as Shuggie was at the end. There are similarities and there are differences between the two stories. The setting is the same though time has moved on. This is a much bleaker story as Mungo faces daily the pressure to ‘man-up’ and behave like all the other young men around him. He remains loyal to his mother despite her behaviour. Unlike Shuggie’s mother Agnes, Mo-Maw has no saving graces – she is completely self-centered and often leaves her children to fend for themselves, not knowing where their next meal is coming from, as she goes in search of her own gratification.

The writing is excellent, the characters are well drawn, and the time and place are strongly evoked. The two main strands of the narrative are skillfully woven together. The fishing trip is imbued with a strong sense of foreboding right from the beginning, and gradually builds into a nightmarish scenario where Mungo will be tested to the limit. The ending is ambiguous but offers the possibility of hope. I have no idea if Douglas Stuart intends to write any more of Mungo’s story, but I would definitely be happy to read it. Despite the bleakness of this story, I was gripped and hoped that Mungo would escape the toxic masculinity and violence that was seen as the norm for young working-class men at that time. Thanks to Picador and NetGalley for a digital copy to review.