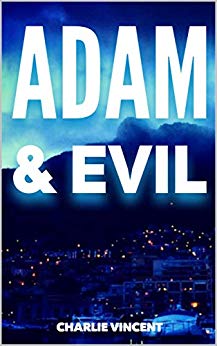 Right from the start this is a very unusual story. Adam has been alive forever, or so it seems to him. The novel opens with a scene from the Battle of Lepanto in 1571 where Adam should have drowned; but he is not like other men and would probably have suffered for an eternity had he not been rescued by Kane. They have met before – several times over the centuries – and both of them have the scars to show the many adventures they have lived through.

As the story opens Adam is living very comfortably in Monaco. A young woman has disappeared in suspicious circumstances and the police have not found her yet; Adam feels compelled to use his unique skills to rescue her. He slowly pieces together an absolutely horrific story of women being captured for the sex trade, on a huge scale, by an organisation with far-reaching influence.

Adam & Evil is well written with a cast of convincing characters, such as Joe, Sabine and Charles Mason; the villains are particularly nasty, almost caricatures, so that the reader is in no doubt what Adam is up against.  The historical detail comes across as well researched and authentic, and adds an extra dimension to the story. I could not put it down; it’s a fast-paced thriller with a touch of humour, here and there, to lighten what would otherwise be a very dark tale.

I really enjoyed Adam & Evil and look forward to reading the next instalment of Adam and Kane’s adventures in The Fire God. Thanks to Charlie Vincent for a free copy to review as one of Rosie’s Book Review Team.