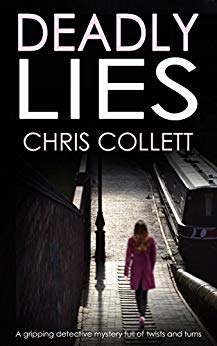 This is a revised edition of a novel previously published in 2004 as A Worm in the Bud (I prefer the new title). It is the first in a series about DI Tom Mariner, set in Birmingham and the surrounding countryside.

Mariner is investigating the apparent suicide of a journalist, Eddie Barham, who is the main carer of his severely autistic younger brother, Jamie.

Of course it is not suicide and Mariner has a very complex case on his hands that leads him up many false trails before the reason for Eddie’s murder becomes clear.

There is a lot of information about autism (perhaps too much?) to enable the reader to make sense of what is going on.

With Eddie gone, Jamie is looked after by his sister, Anna, which turns her well-ordered life upside down. At the beginning of the book Anna is not very likeable. It is only as she re-connects with Jamie that she realises she has her priorities all wrong. Mariner feels drawn to her and I have a feeling she will appear in other books in this series.

Mariner is well written with just enough backstory to make him believable. I look forward to reading where his next adventure takes him.

Thanks to Joffe books for the ARC in exchange for an honest review.