Sylvia is a thoroughly unlikeable character at the beginning of Needlemouse, not to mention deluded about her relationship with her boss.

We see the world through her eyes so it takes a while to grasp the extent of her delusion. Eventually her world comes crashing down and she withdraws into herself for a while. Like a hedgehog coming out of hibernation, she slowly starts to recover and makes some new friends.

It really is a book of two halves and I definitely prefer who she becomes in the second half. The writing is very assured with well-rounded, interesting characters, especially Jonas and Crystal.

I also loved the little snippets of information about the hedgehogs. Thanks to the publisher and NetGalley for a review copy. 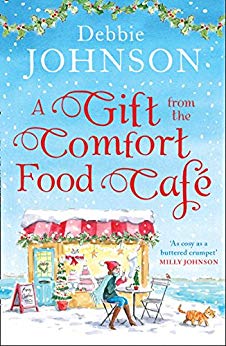 Buried on the Fens by Joy Ellis

Buried on the Fens is the seventh in the Fens series by Joy Ellis featuring DI Nikki Galena and DS Joseph Easter. I have to admit to being biased as I have been a fan right from the start.  Although the novels can be read in isolation, they make more sense if read in order.

This is a complex story that eventually links two recent murders with a skeleton unofficially buried in a churchyard many years before.

Nikki’s team have to break through a wall of silence to reach the truth.  My only criticism is the very large number of characters, which I found quite confusing at times, otherwise I would have given it five stars.

Joy paints a vivid picture of the Fens and the difficulties involved in policing such a vast landscape. Her main characters are realistically written with their troubled pasts, but they work well together as a team and support each other. I look forward to reading the next story very soon.

Many thanks to Joffe Books for an advanced copy in exchange for an honest review.

I have been a huge fan of Katie Fforde’s books ever since my mother-in-law gave me a copy of Living Dangerously in 1995.

Over the years I have liked some better than others, but a lot of that’s down to personal taste; there are some that I have reread many times over.

I really enjoyed A Rose Petal Summer, especially that it was mainly set in Scotland. There are a lot of familiar themes here, a lot of echoes from her other novels, and the various seemingly unconnected plot strands are woven seamlessly into a believable story. It kept me reading far into the night.