Motherwell is the heart-breaking, poignant story of Deborah Orr’s difficult relationship with her mother, and her home town. But this is no misery memoir. There is a lot of humour among the pathos. It feels like she is trying to make sense of her past and move on. It must have been cathartic to get it all off her chest. It is a real shame that she did not live long enough to reap the benefits.

Having grown up in another Lanarkshire town less than ten miles north of Motherwell, and only a few years earlier than Deborah Orr, reading this book took me right back to what it was like growing up there in the 60s and 70s. She captures the place and time with such attention to detail; it reminded me of stuff I’d long forgotten.

Although set in central Scotland, there is a universality to this story. Her parents, Win and John, do not come out of this well, but you can relate to their inability to understand their clever daughter and how the world had changed. That she got out and made a successful life for herself is testament to her strength of character.

I always enjoyed reading her columns in the Guardian; she had a unique voice. Who knows what she might have gone on to accomplish next, had her life not been cut so cruelly short. 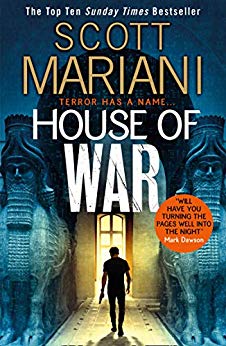 If I Never Met You by Mhairi McFarlane

Raw from a break-up she had not seen coming, Laurie gets stuck in a lift with Jamie Carter, the office Lothario, and together they hatch a plan to their mutual advantage – Laurie can make Dan jealous and stop feeling like a victim; Jamie can impress his boss and get a promotion. I’ve read quite a few ‘fake romance’ novels over the years (try Something Stupid by Victoria Corby) and this is one of the best. The plan is to put photos of their dates on social media, but, of course, these things never go to plan.

Laurie accompanies Jamie to a family party and sees him in a new light – the real person underneath the façade – and the inevitable happens. They both seem to bring out the best in each other; Laurie comes out of her shell and Jamie is much more caring than his office image.

It becomes clear with hindsight that the relationship between Laurie and Dan had not been quite as idyllic as she had believed. She had given in to what he wanted quite a lot and repressed her true self. Once she got over the pain, she would realise what a lucky escape she had had. The way he had broken up with her and his behaviour since should make her realise how selfish and despicable he was. Add in that she still had to work in the same office, a toxic den of malicious gossip, racism and sexism, and no wonder she was looking for payback.

I have read (and loved) all of Mhairi McFarlane’s books and this is no exception – dry humour, well-drawn, believable characters, witty dialogue, and Manchester setting. It would make a great rom-com. Thanks to the author, publisher and NetGalley for a copy to review.

After a gap of ten years, Kosuke Iwata has returned to Tokyo to investigate the murder of a young British student, Skye Mackintosh. The Olympic Games are about to begin, the eyes of the world are on Tokyo, and the Japanese authorities have to be seen to do everything by the book. DC Anthea Lynch from the Met has been sent over with Skye’s family to assist as she speaks some Japanese. Like Iwata, she has a disregard for authority but is also an excellent detective.

There is a parallel storyline about the disappearance of sex workers; there does not appear to be any connection between the two cases. The story mostly focuses on Iwata, interspersed with the thoughts of Mr Sato – an ‘invisible’ man in a suit, with a horrific secret.

I have read all of Nicolas Obregon’s books featuring Kosuke Iwata (Blue Light Yokohama and Sins as Scarlet) and this is his best yet – a gripping thriller with just the right mix of description, action and dialogue. Even though Nicolas Obregon is not a native of Japan, his poetic descriptions of the neon-lit streets of Tokyo, and insights into Japanese culture, make Unknown Male a wonderful example of Japanese noir. It remains to be seen whether this is the last book to feature Kosuke Iwata, but I hope we catch up with him again one day. Thanks to the author, publisher and NetGalley for a copy to review. 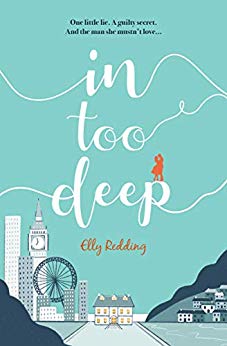