A Corruption of Blood by Ambrose Parry 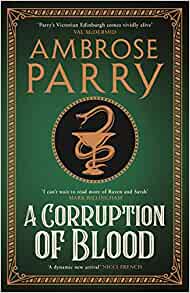 A Corruption of Blood is the third book in the series, written by Chris Brookmyre and his wife Marisa Haetzman as Ambrose Parry, featuring Will Raven and Sarah Fisher. Set in mid-nineteenth-century Edinburgh, this thoroughly researched and beautifully written story highlights the realities of life for women at both ends of the social spectrum; the circumstances of your birth were no guarantee of your survival.

Sarah had gone to Europe in search of Dr Elizabeth Blackwell, hoping for advice and inspiration that she too could fulfil her dream of studying to be a doctor, but comes home strangely subdued. Back living in Dr Simpson’s house, she has been asked by one of the servants for help in locating the baby that was taken from her against her will.

Meanwhile, Will has become engaged to Eugenie, daughter of another Edinburgh doctor, who asks him to help her childhood friend, Gideon, who is accused of poisoning his father, Sir Ainslie Douglas. He is also trying to find out why a murdered baby was discovered in the harbour at Leith. At first glance, none of these things are connected.

Despite Will being engaged to Eugenie, there is still an undoubted attraction between him and Sarah, and they struggle to come to terms with how it affects their relationship. It is only after they pool their resources, and discover their investigations are connected, that they start to make some progress. Gradually, as the two storylines converge, long-buried secrets are brought to light.

Medical history and real-life characters are woven seamlessly into the narrative which uncovers the misery caused by the unscrupulous ‘baby farmers’. Parallels are drawn between the advice given to women, then and now, such as not walking in certain areas of the city alone or after dark.

The sights, sounds and smells of Victorian Edinburgh are vividly described, the characters are well drawn and flashes of dark humour help to lighten the darkness in A Corruption of Blood. The hypocrisy surrounding society’s treatment of women, the double standards and the social injustice are all combined in this gripping, tightly plotted story. While you could read this as a standalone, I suggest it would be more meaningful to start at the beginning as The Way of All Flesh and The Art of Dying are well worth reading.

Thanks to Canongate and NetGalley for a digital copy to review. 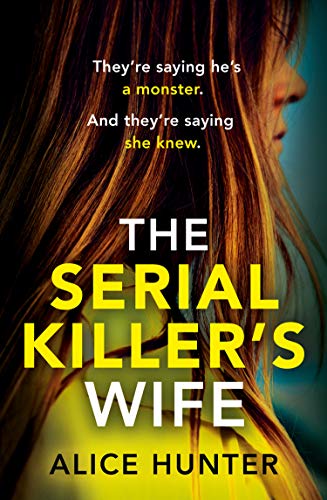 One evening, while Beth is waiting for her husband to come home in time to say goodnight to their daughter, Poppy, two police officers knock at the door. She has no idea why Tom is so much later than he usually is, and is puzzled by why the police suddenly want to question him, after all this time, about the disappearance of his former girlfriend, Katie?

The idea behind The Serial Killer’s Wife is intriguing, but the execution is not completely convincing. Most of the story is told from the unusual viewpoint of Beth, with occasional contributions from Tom, and flashbacks from Katie. This could have been a much more interesting story – it took too long to get going, and there are just too many repetitive passages about Beth carrying on as normal while Tom is in police custody.

Tom and Beth are both unreliable narrators, which is not uncommon in this kind of story. Unfortunately, I had little sympathy for either of them. His thoughts show him to be self-absorbed, controlling and violent, but I’m not sure his narrative voice was convincing as that of a serial killer. Right from the start Beth’s behaviour is strange. She seems obsessed with how others see her and giving her daughter a better life than she had when she was growing up. This might have been easier to understand had Alice Hunter let the reader in on a bit of her backstory; instead she just comes across as self-obsessed and heartless.

Despite having lived in the village for two years, they don’t seem to have made any friends, even though their daughter is at the nursery school. This isolation should ring alarm bells. The overwhelming feeling is that they are both hiding something; their perfect life is just a façade.

There is one final twist right at the end; I did not see it coming, but it felt forced and perhaps The Serial Killer’s Wife would have been a better book without it. The writing is good, and I kept reading to the end, but the character development leaves a lot to be desired. I will certainly look out for Alice Hunter’s next book even though this debut did not live up to my expectations. 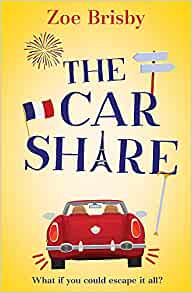 Maxine is a resident in a Parisian care home who decides to go to Belgium so that she can be in control of her own demise as she thinks she has Alzheimer’s. Alex is a deeply depressed young law student who advertises for someone to share his car journey to Brussels; he is expecting a young man called Max but gets a lot more than he bargained for.

The unlikely friendship that develops between these two very different characters forms the basis of this charming and witty tale. I love a road trip theme in a book or film and this does not disappoint. Maxine and Alex are both on the run from the lives they currently find themselves living. Over the space of a few days, Maxine helps Alex much more than his emotionally unsupportive parents have ever done; she is like the grandmother he never had. And Alex is determined to make Maxine see that she has so much living still to do.

The Car Share is translated from the French though it is not obvious when you are reading it. It deals with some serious subjects, such as depression and our attitude to the elderly, but they are woven into the story and dealt with in a sensitive way. There are numerous music and film references to spot, and every woman surely needs a handbag like Maxine’s.

The characters of Maxine and Alex are well drawn and believable, the mood veers between really sad and very funny, and I can see it being perfect material for a film script. The overriding message is that life is short, and age is just a number, so make the most of every day while you can. If you are curious as to what happened next, at the end of the book is a link to a bonus chapter set five years after the events of The Car Share.  I really enjoyed this uplifting story and look forward to reading more by this author in the future. Thanks to Hodder and NetGalley for a digital copy to review.

If She Dies by Erik Therme 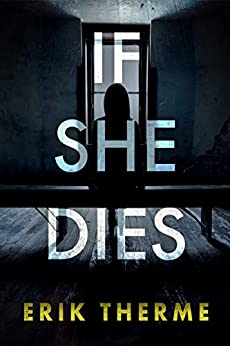 If She Dies is the harrowing tale of a mother’s grief, and shows how couples can be affected very differently by the loss of a child; in fact, a lot of relationships don’t survive this kind of stress. Nine months after losing their daughter, Lily, in a tragic accident, Tess and her husband, Josh, are on very different pages when it comes to dealing with their loss. Tess is slightly unhinged, behaving in an obsessive way and lying to her husband about what she does all day. Josh has a different way of coping and seems, unreasonably, to expect Tess to move on and return to how she was before.

Erik Therme has managed to get inside Tess’s head and give the reader a convincing portrayal of her grief. The story is told solely from Tess’s point of view, and this first person narrative really ramps up the atmosphere of paranoia, and emphasises that she is hanging on to her sanity by a thread. Despite her strange behaviour, I had great empathy for Tess and her situation. This story was not always easy to read, but perfectly captured the sense that she was on the edge and could go either way.

The pace is uneven with a very long stretch at the beginning to set the scene, and then the story did not go in the direction that I expected it to, which was not necessarily a bad thing. If She Dies does not really fit into the psychological thriller mould and is, in fact, quite difficult to categorise. I had not read anything by this author before so did not know what to expect, but will definitely look out for some of his earlier books.

It is well written with believable characters, some likeable some not. I know Josh was hurting too, but I found it hard to feel much sympathy for him. There was such a gulf between him and Tess I’m not sure they would ever be reconciled. In this respect, the ending was unsatisfactory; I would have liked some kind of epilogue to find out if their relationship survived.

Before the Storm by Alex Gray 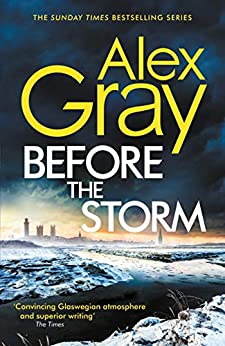 In Before the Storm, the eighteenth book in this series, it’s not long until Christmas, and a terrorist attack in the centre of Glasgow is believed to be imminent. Detective Superintendent William Lorimer is quietly investigating a suspected leak in his department. The identities of undercover officers were revealed in the press, and they had to be taken off the case for their own safety. One remains embedded in a firm of solicitors thought to be involved in money laundering that is funding the terrorists. But time is running out.

Daniel Kuhi, a refugee from Zimbabwe, arrives in Glasgow seeking asylum. On his way to his accommodation, he sees a man with a bloody knife lurking down an alleyway in the city centre, and his suspicions are aroused. Formerly a DI in his native country, he cannot ignore what he has seen and continues to investigate on his own. He comes into contact with Lorimer, who finds his information useful, and is asked to carry on working unofficially to help catch the terrorists.

It is refreshing to read a police procedural where the main character is stable and trustworthy, instead of troubled and tortured, with a drink problem and failed relationships behind them. Lorimer is fortunate in that his wife, Maggie, has a career of her own and understands the demands placed on him by his job.

Daniel Kuhi is a wonderful addition to the cast of characters as he is so well drawn. I loved his relationship with his new neighbour, Netta, and how they helped each other. The banter between them, as Daniel tries to understand her Glaswegian dialect, provides some light relief from the serious situation. Despite everything he has gone through, he is an honourable man, and hopefully this will not be the last we see of Detective Inspector Kuhi.

I have read and enjoyed all the books in this series, and they just keep getting better and better. The emphasis here is not just on the horribly violent crimes, but also the human stories behind them. Told from various points of view, with occasional sections from the mystery woman believed to be behind the terrorist threat, we get a rounded picture of what is going on as the tension mounts and the deadline approaches. However, the real star of this series is the setting – Alex Gray paints a recognisably vivid picture of the city that I know so well. I will now have to be patient as I wait to find out what Lorimer does next. Thanks to Sphere and NetGalley for a digital copy to review.