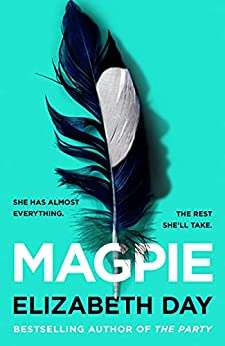 Magpie is a very cleverly plotted, well-written psychological thriller where nothing is quite what it first seems. The book opens with one of the main female characters viewing a house where she and her new boyfriend are planning to live together and start a family. There is a sense that something is not quite right, but when the POV changes about a third of the way in, it takes the narrative in a totally different direction, rather than the obvious one I had been expecting.

I chose this book with no prior knowledge of what it was about, though I did recognise Elizabeth Day as one of the presenters of the excellent SkyArts book programme, and I think it helped to have an open mind. Magpie deals with some very difficult subjects with a lot of compassion; infertility, surrogacy, mental illness, toxic family relationships, to name but a few, are all woven seamlessly into the tense and unsettling narrative.

The story is told from the points of view of Marisa and Kate, neither of whom are reliable narrators, but I would have like some input from Jake as well. He remained less well defined as we only saw him through the eyes of others. The characters are well drawn, believable and memorable, though none of them are particularly likeable. The ending did seem a bit too neat considering how chaotic the rest of the book had been, but this is a minor criticism. I enjoyed Magpie and will be on the lookout for other books by Elizabeth Day. Thanks to Fourth Estate and NetGalley for a digital copy to review.

About Britain by Tim Cole 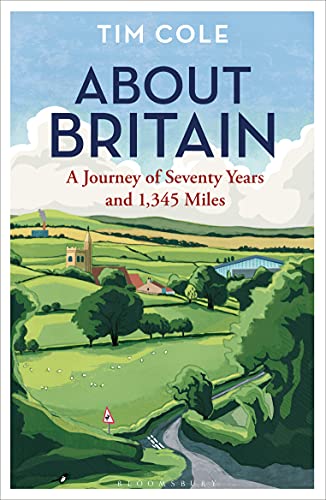 After discovering guidebooks written to coincide with the Festival of Britain in 1951, Tim Cole revisits some of the recommended routes 70 years later. Choosing just one journey from each guide, there were thirteen books in all, he sets off to discover what has changed and what has stayed the same.

Quite early on I realised that reading About Britain on a kindle was not ideal; I plan to buy a paperback when they are published in 2022. This is the sort of book you can dip into, perhaps when planning a trip of your own, as each chapter deals with a different part of the country, and not necessarily read all the way through in one go. I found the chapters dealing with East Anglia, and the Lowlands and Highlands of Scotland to be the most interesting as I knew the area and could visualise the routes taken. It would, however, be a good introduction when planning a visit to an area you do not know.

My only criticism is the use of Google Maps Street View for the tour of the lowlands of Scotland. I realise that lockdown prevented all but local travel at this point, but do not think this was quite as effective.

These guides were originally designed to encourage the growing number of motorists in 1951 to explore parts of this country not always easily reached by train, with an emphasis on post-war industry and manufacturing. About Britain is not really a travel book, but more a fascinating, well-researched history of the areas visited, detailing the decline of British industry and manufacturing, and what has sprung up in its place.

Thanks to Bloomsbury Continuum and NetGalley for a digital copy to review.

Both of You by Adele Parks

Two women are missing, with nothing to obviously connect them, but the investigating officer, DC Clements, can’t shake off the feeling that their disappearances are linked. Is she right?

Both of You is told from multiple viewpoints, none of whom can be wholly trusted, which paints a rounded picture of events, but also adds to the confusion. The pace is a bit uneven in places, though there are lots of unexpected twists to keep you guessing, and what I felt was a fairly unsatisfying ambiguous ending.

The characters are well drawn and clearly defined with distinct voices, but I could not empathise with any of them. Despite this lack of interest in the characters, the quality of the writing kept me turning the pages. At the beginning I suspected everyone and questioned their actions; later on it became obvious who the perpetrator was, but their motivation was far from clear.

I enjoyed Both of You, but it did not quite live up to her previous book, Just My Luck, which I read and really enjoyed last year; there the main character was flawed but still relatable which made all the difference. Thanks to HQ and NetGalley for a digital copy to review.

A Quiet Man by Tom Wood 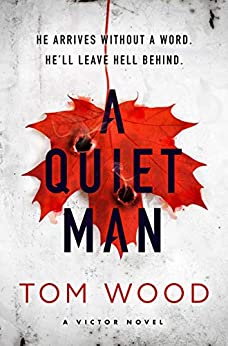 A Quiet Man is number nine in the Victor the assassin series by Tom Wood. Victor is lying low in a small Canadian border town, and in just a few days he’ll be gone without a trace. At the motel where he is staying, posing as a fisherman, he befriends a young boy, Joshua, and promises to take him fishing. His mother, who works in the motel, is rightly suspicious but eventually agrees to go along as well. When they don’t turn up, and can’t be found anywhere, Victor makes it his business to find out why.

A Quiet Man reminds me of the Jack Reacher books in some ways – and having read them all, this is a much stronger story than some of the more recent ones. In his search for the missing mother and son, Victor comes up against a corrupt local businessman, a meth-dealing biker gang, gangsters from Chicago (looking for revenge as Victor had just assassinated their leader), and bounty hunters sent by Joshua’s wealthy grandparents to kidnap him. Overwhelming odds you would think, but Victor can handle it.

Victor should not be an engaging character considering what he does for a living, but he is and that is down to the skill of the writer. In A Quiet Man, Tom Wood has written a slightly different kind of story than usual, though it is still immensely enjoyable as Victor may be a hired killer, but he retains his moral compass and humanity. Here we get a bit more insight into his past, and a glimpse of his more human side; Joshua has somehow reminded him of his own childhood.

The action builds to an impressive finale, and I could definitely imagine it as a movie on the big screen. This is one of my favourite series, and I look forward to Victor’s next adventure. A Quiet Man works fine as a standalone, but I recommend that you start at the beginning and read all the others to get the best experience. Thanks to Sphere and NetGalley for a digital copy to review.

Worst Idea Ever by Jane Fallon 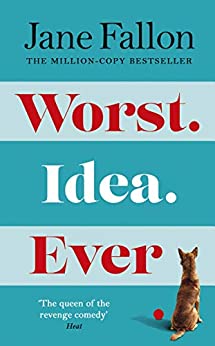 Worst Idea Ever is a story about female friendship – how fragile it is – and how little it takes to blow it all apart. The title is very clever as it works on more than one level. Georgia and Lydia have been friends since college, both of them set on a career in book illustration, and are now in their mid-forties. Georgia is the author of a successful series of children’s books, but Lydia is still trying to find a publisher for her work, and this causes tension in their relationship.

Despite her apparent success, Georgia is still troubled by impostor syndrome believing she is not fulfilling her true potential as an artist. Lydia hides her resentment well but it festers. What starts out as an act of kindness, spirals very quickly into a nightmarish scenario that wreaks havoc on so many lives. The corrosive effects of jealousy and rivalry are amplified through the filter of social media.

The story is told mainly from Georgia’s point of view with some insights into Lydia’s increasingly irrational behaviour. The first half of the book is quite slow as the scene is set and we get to know the characters, who are all well drawn and relatable. Just when I thought I knew where the story was heading, Jane Fallon pulled the rug out from under me and went off in a completely different direction. It is testament to her skill as a writer that by the end of Worst Idea Ever, even after everything that has happened, we still feel a little bit sorry for Lydia.

I read and enjoyed Jane Fallon’s debut novel Getting Rid of Matthew in 2007, but had not read anything since; it seems I’ve got a bit of catching up to do. Thanks to Penguin and NetGalley for a digital copy to review.